The idea behind MOVE UTOPIA: To bring together all those who believe that we can overcome existing conditions of human separation and work towards new forms of conviviality: “New kinds of relationships can come into being by openly sharing and communicating needs and talents. We want to develop new forms of living together to make a good life for all possible. Conscious of our dependence on this earth and also on each other, we are deeply convinced that we can live together according to our needs and abilities. We celebrate the experiment of living utopia to confront the global issues of our time, beyond nations”. Read more about the summer assembly and the full English translation of the MOVE UTOPIA consensus here.

As in previous years, t

he third Degrowth Summer School will offer various intensive courses around the topic of degrowth.
It will take place on the Climate Camp in the Rhineland again, which runs from the 18th till 29th of August.

We can already say that the programme will cover pressing topics such as possible answers to the surge of right-wing populism in Europe and a socially just exit from coal. 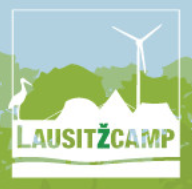 The big Ende Gelände actions are in the Rhineland coalfields this year,but resistance must go on in Lusatia, too. This summer (May 21 – 28), weare not camping in one place, but put our tents on bikes and cyclethrough the mining region in Eastern Germany and Poland, visiting localanti-coal initiatives on our way – connecting the dots, growing themovement. There is no English website yet – get in touch for more information at info@lausitzcamp.info 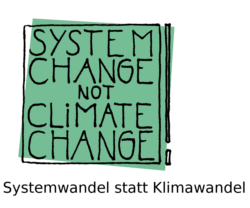 Our struggle focuses on the need to shrink fossil airtravel andassociated (infra)structures as well as questioning the everpresentfocus on “green” growth. Very recent, there has been some major victory,since the Federal Adminstrative Court ruled against the building of the3rd runway at Vienna airport, regarding the legal acknowledgement ofclimate change as a more important factor than some questionable jobs.But since then, local industry and politics are running heavily againstthe decision. We will continue to fight against airport expansion andfor system change. Welcome!Aviation expansion is a red line – and red lines are not to be crossed!To show this, we will have a big Red Lines Action on the 27th of May – close to the airport and with some noise and bicycles! Come all to our climate camp to get more details and participate!

Something is brewing in the Western harbour of Amsterdam, the world’slargest gasoline harbor and Europe’s second largest coal port. CodeRood, a new coalition calls for a massive civil disobedience action inand around the Port of Amsterdam. We have no patience anymore. We givethe power to the people and draw a red line against the fossil industry!There will also be a climate action camp from Thursday June 22 to MondayJune 26. Come as early as possible to prepare well!

Limity jsme my movement (We are the limits) organises the very firstClimate Camp in the Czech Republic. Klimakemp is taking place in June (21st to 25th) in the North-bohemian mining region (by the town of Most). It will be an opportunity to learn from each other, share ourexperience, have fun protesting and nonetheless, to non-violentlydisrupt the operation of one of the nearby mines or power-plants. Come to join us! There will be buses going from Germany, Austria, Poland and Slovakia.

An action camp will take place near Hoge Rielen (Kasterlee), from August 10-15. It will focus on energy, climate and social justice. The camp will feature action trainings, workshops around “energy justice”, DYI and there will be an action on Monday, August 14.Weblink coming soon! For now, get in touch with mia@motherearth.org